Law Business > Planning and reality in law firm positioning – Why a pragmatic approach works best when working with law firms.

Planning and reality in law firm positioning – Why a pragmatic approach works best when working with law firms. 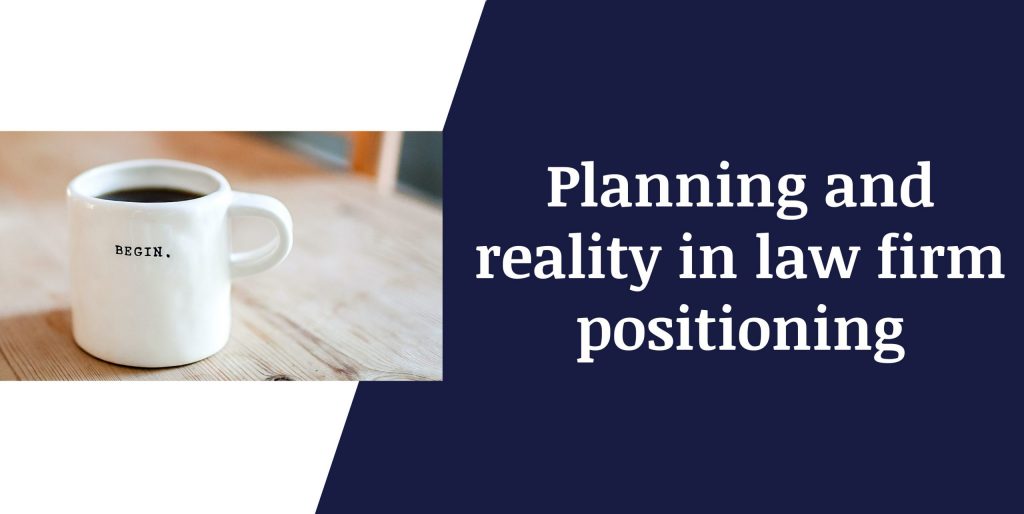 Which law firm partners don’t know the situation: you want to decide on new marketing expenditure and don’t know which areas of law to push. Or practice groups send out uncoordinated pitches and it is difficult to stop them because there is no real consensus on what is right and what is wrong. Or some partners and lawyers frantically follow the FOMO (Fear of missing out) principle and set up LinkedIn activities that are neither planned nor adapted to the different target groups because there is simply no real target group definitions.

And then, as I have just experienced again, a consultant from outside the sector is called in. He first says that there are no real target groups or that you are serving the wrong clients and that it makes no sense at all to do marketing, for example, before you have a fixed strategy paper and a firm positioning.

Then, as a partner, you first have to get a critical mass of decision-makers on board to start this painful process. Once you have achieved this and there is a strategy paper for the firm’s positioning, you must first align all marketing measures with this paper, after all, you want to do it right.

And after about 4 months you realise that hardly anyone is following this beautiful plan and you are exactly where you were at the beginning of the story – but minus time and money.

"A journey of 1,000 miles begins with a single step" - Confucius

Further information on the topic of law firm positioning

The reason? The ideas developed on the consultant’s drawing board for such an approach, which by all means is correct, unfortunately cannot be implemented so easily in reality. In reality, an iterative step-by-step process would have helped you much more. Don’t rely on one big positioning concept that regulates everything, but instead try many small mini-plans that are specifically designed to be able to take  action quickly, effectively and cost-efficiently.

As an example: LinkedIn activities can already be set after you have thought about which activity is aimed exactly at which target group. If, for example, you want to promote labour law and address clients there – and not, for example, reference law firms – this is already enough to create a series of corresponding postings. You don’t have to first go over your income books and work out a 3-year strategy based on your client base and then calculate how much you need to spend on labour law in terms of a marketing budget.

But wouldn’t it be much better to work out exactly such a 3-year strategy first? Yes, of course. Theoretically. On the drawing board.

In practice, too, there are always cases in which the state of a law firm simply does not allow for any other serious action than first working out a strategy with all the most important decision-makers. But this is by no means the rule.

Law firms can be helped by far more if you walk at least a part of the right path in small steps and provide pragmatic rather than dogmatic support here. After all, even a journey of 1,000 miles begins with a single step – something Confucius already knew. 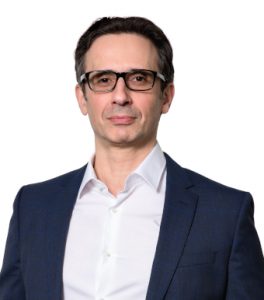 If you have any further questions on the subject of law firm positioning, the Law Business Team will be available to help you.