Alexander Gendlin: What is your position within Legal 500?

Mike Nash: I am the editor of The Legal 500 Europe, Middle East and Africa (EMEA), which covers 72 countries. We have 6 other editors for our other books covering the UK, Canada and the UK, Latin America, Asia Pacific, and our local-language books: Legal 500 Paris and Legal 500 Deutschland.

Alexander Gendlin: There are now numerous law firm rankings today. How is Legal 500 different from the crowd?

Mike Nash: We have existed for 27 years in the UK and 25 years in EMEA, placing us as one of the two oldest publications of this nature. That simple test of time indicates that we conduct research properly because we would not still be doing it if it was not done properly. Unlike many other rankings, we do not ask for money from people to take part in our rankings. We invest very significantly in sending our researchers to visit many jurisdictions each year and we doubt if any other directory sends its research teams to more jurisdictions than we do. Our researcher will be visiting Austria again this year.

Alexander Gendlin: To my experience there are increasingly more rankings out there, who do not rank at all but simply ask for money. How do a well recognised ranking such as Legal 500 deal with that?

Mike Nash: It’s true that there are more rankings out there now and many of them are so-called “pay-to-play”, i.e. the law firms get a ranking if they pay money. Those types of publications do a disservice to the law firms that are involved with them, because there can be no credibility to a ranking where law firms are excluded because they did not pay money. This type of publication also damages the reputation of serious publications that charge no money for participation and where law firms are ranked purely on the merits of the available evidence. I would also say that another key difference with The Legal 500 is that we are always ready to explain the reasons for our rankings and to indicate areas where law firms can improve the flow of evidence. Whereas some publications rely on information that is publicly available, our rankings are the result of three months’ detailed and unique research each year, during which we obtain much information which is simply not available publicly.

Alexander Gendlin: What part of the submissions and client referee documents arethe most important forLegal 500?

Mike Nash: No single factor gets a law firm to the top of the ranking, but the evidence of the work is the single most important factor because without that there is no basis to justify looking at anything else. Beyond that is a whole range of secondary factors. Feedback from client referees is a very useful secondary factor, but they are one part of the equation. Over the past five years, we have contacted more than one million clients globally. We are on course to contact 280,000 clients in 2014. These numbers show that referee feedback is very useful.

Other secondary factors include specialists in a particular field, e.g. transfer pricing experts in tax, or having auxiliary services, e.g. if you have a corporate practice, is there employment law, tax and competition law to go alongside it? The experience of the team throughout the levels of seniority is also a factor, as is the size of the team in practices with large numbers of deals or cases. Of course, it always helps if a law firm has multi-jurisdictional capabilities.

The consistency of the standard of the quality of work from year to year can be important to determine whether a law firm should be promoted or not.

The final judgement is to determine how the law firm compares with its competitors.

Alexander Gendlin: What are absolute No-Go mistakes law firms have to avoid when they are compiling and sending information to Legal 500?

Mike Nash: I would ask for law firms to please meet the deadlines! This is because if submissions are late, it reduces the research time available to check facts and conduct lawyer interviews, so it can limit the argument in favour of your firm. Also, do participate every year. If you leave gaps between participation, the lack of evidence may harm your ranking compared with a law firm where evidence is available.

General advice is to bee concise and substantiate claims for a higher ranking with evidence to support it. It is not enough to just say you are number one in a certain field – you have to explain and evidence why you think you deserve this position. Long submissions risk diluting the message with less important information or too much marketing content.

Alexander Gendlin: Does it make sense for small law firms and single lawyers to participate in the rankings?

Mike Nash: It depends on the country size and the practise area. Some practice areas can be highly specialised and not many lawyers practise this type of work – e.g. it would make sense to participate in legal fields such as antitrust or competition because small teams can be right at the top of the market. In the end, the quality, innovation and sophistication of work is more important than quantity of work, but there is a place for routine work done well because that is what some readers of The Legal 500 may be looking for. Excellent quality of work, client feedback and other positive factors can outweigh the sheer size of the team.

Also next year we will introduce an “industry focus” section where we will be looking at law firm capabilities by key industry sectors. So if a small law firm is specialized in a certain industry it would absolutely make sense to submit. There are a lot of very small boutiques very highly ranked by us.

Interestingly, it is worth noting that our website readership survey in 2013 showed that many clients ignore the tier one ranked law firms, because they think they cannot afford them, and so they look for good law firms further down the ranking. This shows there is value to be had in any recommendation.

Alexander Gendlin: What must a law firm do to climb up in the rankings and why does that take so long?

Mike Nash: The yearly ranking are a snapshot in one time period because it would not be practical for us or the law firms to update constantly. Consistency is vitally important – a law firm seeking to be promoted up the ranking should demonstrate it has achieved a consistently higher standard of work. One year can be an abnormally good (or bad) year but to show quality work year after year shows it was not an accident. Taking part in the research every year is one of the ways to ensure we have a good picture of the law firm’s consistency. Another key factor is showing the strength and depth of the whole team because we know that clients will criticise teams that are not able to function well if the main partner is away.

Alexander Gendlin: How important are the interviews with law firm partners for a good ranking and what should be avoided during such an interview?

Mike Nash: Interviews with lawyers are not essential, but can be very helpful if they are done well. For example, extra details of a matter can be discussed or the nature of a relationship with a new client. A word of advice: If a partner does not have time or does not wish to be in an interview, it is better that they do not participate. It is best to interview people that are willing to take part. The lawyers on the call should talk about the whole team and their individual colleagues – not only about themselves. This will help to show the depth of the team. 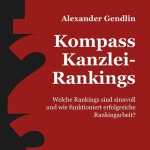